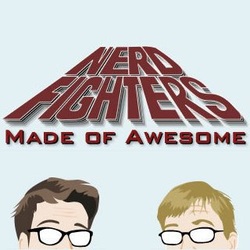 The Baird Nerdfighters Club is based on the VlogBrothers series on YouTube and its community of fans (see below). Each week we start by watching a recent Vlogbrothers video, then work on our own projects. Sometimes you will find us making videos, sometimes making mustaches, always working on something we care about that will make the world a better place. We learn new things from each other and from the internet, then share that learning with others. We participate in the Project for Awesome and other community service campaigns.

Be sure that we use the term nerd lovingly to define a person who is unafraid to show enthusiasm for their passions, be they minecraft, mustaches, or music. We value learning, creativity, collaboration, and letting people be themselves. If you think you might be a nerdfighter, you already are. 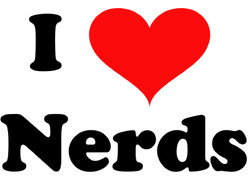 No membership is required; students may attend any meetings with no registration or obligation to continue. Students may bring their own video recording devices, tablets, smartphones, or game systems to use during meetings, though we have 24 school-owned iPod touches and iPads for use.

Meetings are almost every Wednesday from 2:30-3:30. Please arrange for your student to be picked up at 3:30 at the flagpole door. Contact school librarian Jordan Funke with questions.  j_funke@ludlowps.org or 413-589-7696.
From Wikipedia’s article on Vlogbrothers (http://en.wikipedia.org/wiki/Vlogbrothers)
Nerdfighters are members of the open-to-all internet community that has grown around the Vlogbrothers. The community is often referred to broadly as Nerdfighteria, which is jokingly located in Winner, South Dakota (a town halfway between where Hank and John live), and consists primarily of fans of John Green, Hank Green, or the Vlogbrothers show, as well as people who adopt the term because they believe they fit in with the community. The term was coined by John when he encountered an arcade game by the name "Aerofighters" which he mistakenly read as "Nerdfighters", reminded of the term "sportsracers", used by Ze Frank in his 2006 vlog. While it was initially considered a joke, the term Nerdfighter was quickly adopted as the name for the community that rose up around the Vlogbrothers and the Brotherhood 2.0 project.

Nerdfighters, no matter why they personally chose to adopt the term, unite under the mantra of being “made of awesome,” as stated by John and Hank, and are banded by the idea of fighting to make the world a better place, and eliminating the negative aspects of the world (referred to as “worldsuck”). In a Nerdfighter FAQ, the Vlogbrothers have explained that, “If you want to be a nerdfighter, you probably are one.” More generally, a nerdfighter can be described as a person who enjoys learning for themselves for their own entertainment and benefit, rejoicing with others who enjoy a similar ideal, and being an individual who wishes to help make the world a better place through a tight-knit community that spans the globe. Nerdfighteria is an open community, and anyone can join. The only rules of the community are: 1) Don’t be mean, and 2) DFTBA, coined by the Vlogbrothers meaning: Don’t Forget to Be Awesome.

The Vlogbrothers interact directly with the Nerdfighting community and the community aids the Vlogbrothers’ various endeavors, primarily by promoting and supporting Hank as a musician and John as a novelist. Nerdfighters also participate in different events including the Project for Awesome, raising $10,000 for the This Star Won’t Go Out campaign (a cancer benefit fund), lending over $1,000,000 to entrepreneurs in developing countries on Kiva, and various personal projects of individual nerdfighters. Nerdfighters tend to interact through community events, but primarily via social media, including but not limited to: YouTube,Tumblr, Twitter, Ning, IRC, TeamSpeak, and a community wiki.
Proudly powered by Weebly